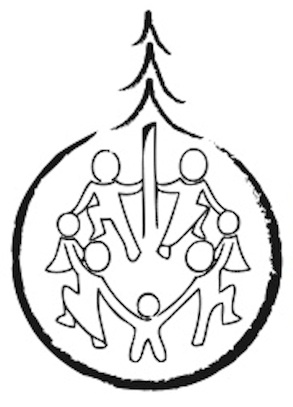 Site Reports: Nurses: Vision to Learn is done for all schools. All kids received free glasses or were sent for additional testing. Kennedy: Lots of building. Traffic is a mess. Teacher appreciation week going well. Selby Lane: State testing. Dia de Los Niños celebration this weekend. Teachers are still stressed about moving. Ford: Spoiled by PTA for teacher appreciation. Testing started. Kids trying hard. Transition meetings have happened between Hawes and Ford. No formal meeting to report to staff yet on transition. Staff Development: National Urban Alliance training (NUA). SEAL training. We have been subbing. Seeing students who really need extra help. Fair Oaks: Testing. Going to Taft on a field trip. This was scheduled earlier but was cancelled. Clifford: Exhausted. Lack of communication and issues about student discipline. Roosevelt: NUA trainings. MIddle School discipline issues. Roosevelt may be the largest school next year. Breaking ground for a duck pond. MIT: Concern about who will be the instructional assistants. Office Manager may change. Discipline concerns. Orion: Things are settled. People are excited about the move, but nervous about packing etc. Taft: Excited to have Fair Oaks kids visit tomorrow. Just about everyone is moving classrooms. Open House a couple of weeks ago, very nice. Adelante: Parents are spoiling teachers for Teacher Appreciation Week. Nervous about move no boxes yet. Staff asked about a mediator to work with them and the new principal (Warren Seader). North Star: One member who continues to say, why aren’t dues cut back. Rep encouraged them to use their dues by going to a professional development and get it paid for by the union. There is a small group of teachers that meet with the principal in the morning. Only the steering committee gets to talk to the principal. Very top down. Getting directives from the steering committee. Gill: Looking forward to the merger. Thanked the nurses for their vision service and the difference it makes for students. Roy Cloud: Summer school is being held at our site. The concern is that the lunch program that is held during the summer will not be accessible to many students because of clouds location. It was noted that the lunch program is offered at multiple sites.

Questions and concerns: 1. Regarding the move. Are there still two days? One to pack and one to move? Yes and there is no PD before school starts. 2. Taft has schools merging, summer school and construction--too much going on. 3. Regarding Moving Date: Rita: June 16th was the date they were given to be out of the classrooms and have things ready for movers. Kevin will check on this and communicate to everyone. 4. Angie: Raised a concern that since professional development is cancelled for all teachers, teachers who are moving are not really getting three days. 5.Shortage on substitutes. Angie, district is mandating that you do your F&P on a particular day when there are not subs.

New Business: May 8th Rally: Rally will be from 4 to 6 p.m. at Sequoia Station. Left flyers to get back to schools and parents and teachers. Wear Red for Ed. Their media connection would like information about teacher commutes. They would like to know about this by tomorrow morning. ann@thehellosstudio.com 214 562 3903 Please, contact her if you have a long commute. Kevin encouraged all to call Jerry Hill and Kevin Mullin to demand more school funding. Kevin will check to see if we can share this information at Open House.

--Volunteer Corp for reassigned teachers Sign Ups. Sign Up Genius (Victoria): Ask all to publicize the sign up genius. Cheryl suggested that we ask office manager to save boxes for teachers. Angie suggested that the cafeteria is also a good source for boxes. Kevin will check on when boxes will be delivered to the schools.

--Rep. Council June 3 Celebration: We will meet at a restaurant.

Elections (Steven): State Council: Alec is running for State Council. Deadline for Declaration Candidacy is due in Burlingame tomorrow. Carol will send out an email tonight to all members explaining what the State Council is. Alec: A lot of good things have happened from CTA this year including support the Oakland and Los Angeles teachers. The Tony Thurmond election was won because of CTA. CTA spends a lot of money supporting teachers in a larger way. COLA has been reinstated for each district. Alec would appreciate everyone’s support in his bid for State Council..

Organizing (Kevin): A couple of teachers on the organizing committee had to go on medical leave. Benefit fair: Not well attended.

Grievance (Michelle T.): Michelle did not attend today. Kevin will communicate with her. Victoria asked reps to reach out to members to see who would be interested in being on the Grievance Committee.

Membership (Heather) We are looking to putting out a member survey before the end this month.

Equity and Human Rights (Erin): Equality California Dinner. RCTA has a table at these awards. It’s held in San Francisco at the Fairmont Hotel. Erin will be attending.

President: Legislative Breakfast; Kevin spoke about the fact that Redwood City funding is not equitable. He brought up the Stand Up For Schools organization started by parents. He talked about the cost of living on the peninsula. Propositions that needs support.* Please see notes attached below. Membership CPR/First aid/AED Certification (September 7th) - Training cost will be covered. Site Reps, please get firm commitments from teacher’s interested. Rally in Sacramento on May 22 Rally -

Fill this in when you finish each responsibility.

Site Reps’ to do list: each one nets you a raffle ticket for a wonderful prize.

May 22 rally in Sacramento

Lunch for you staff. RCTA will reimburse up to 10.00 per

Concern about lack of discipline and lack of consequences for inappropriate behaviors throughout the district (district safety committee with Antonio Perez) (membership survey).

Anne Hynecek and Magdalena Dorywalska (dorywalska@gmail.com) of “RWC Parents for a Better Education” are attempting to get more funding for schools from Sacramento. They are teaming up with San Carlos, Cabrillo, and other districts. Their goal is to get a cost of living adjustment..

Days to move: still the three.

Prop 13: attempts to close commercial property loopholes in how they are taxed.

I spoke to needs of the Redwood City School District and how it is funded. I spoke on the need for a school funding supplement for regional cost of living. I also spoke about the need for changes in how school are funded and was joined by Ravenswood School District President in ask for equity. Wealthier districts are able to spend more per pupil. ADA is inherently unfair.